The discovery of antibiotics in the early 20th century fundamentally transformed human and veterinary medicine. Antibiotics now save millions of lives each year in the United States and around the world. However, the rise of antibiotic-resistant bacterial strains represents a serious threat to public health and the economy. The CDC estimates that annually at least two million illnesses and 23,000 deaths are caused by antibiotic-resistant bacteria in the United States alone.¹

As more strains of bacteria become resistant to an ever-larger number of antibiotics, our drug choices will become increasingly limited and expensive and, in some cases, non-existent. If this trend continues unchecked, a wide range of modern medical procedures, from basic dental care to organ transplants, likely would be accompanied by a much greater risk of developing a difficult-to-treat or untreatable antibiotic infection. The safety of many modern medical procedures is dependent on the ability to treat bacterial infections that can arise as post-treatment complications.²

“Every day we don’t act to better protect antibiotics, we will make it harder and more expensive to address drug resistance in the future. Drug resistance can undermine both our ability to fight infectious diseases and much of modern medicine.”
– Dr. Tom Frieden, MD, MPH, Director U.S. Centers for Disease Control and Prevention

The team from the South Dakota Association of Healthcare Organizations (SDAHO) will discuss Medicated Assisted Treatment, stigma, resources and motivational interviewing. This Webinar will help you better understand what is…read more →
We added a few more episodes to our new podcast series: Q-Tips For Your Ears. This podcast is designed for everyone - healthcare professionals, patients and family members; we will…read more →
In this session, Josh Ohrtman, PharmD, discussed antibiotic stewardship and the CDC's core elements and explain why appropriate use of antibiotics is important. Ohrtman also outlined barriers to antibiotic stewardship…read more →
U.S. Antibiotic Awareness Week provides s an opportunity to raise awareness of the importance of appropriate antibiotic use to combat the threat of antimicrobial resistance. Be Antibiotics Aware, a CDC…read more →

The Great Plains QIN has developed the following video series as a framework for providers to identify and select key actions for implementation from each of the CDC Core Elements of Outpatient Antibiotic Stewardship. 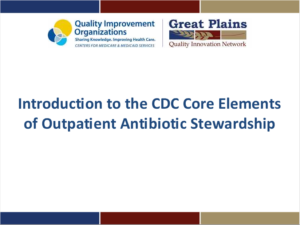 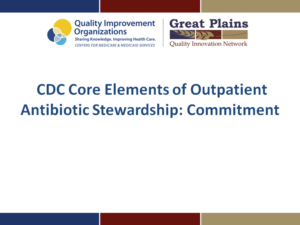 Part 2
CDC Core Elements of Outpatient Antibiotic Stewardship: Commitment
Runtime: 12 Minutes
This video provides an overview of commitment, outlining the importance of dedication and accountability for optimizing antibiotic prescribing and patient safety. Any person involved in patient care can act as an antibiotic steward for the health of your patients and the community in which you serve. 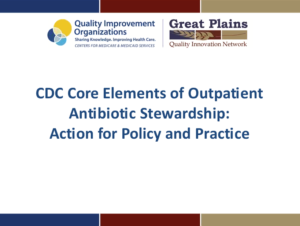 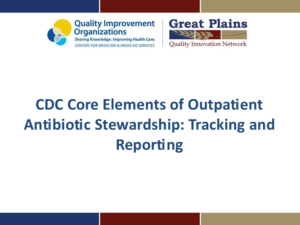 Part 4
CDC Core Elements of Outpatient Antibiotic Stewardship: Tracking and Reporting
Runtime: 12 Minutes
This video offers several alternatives to improve tracking and reporting of antibiotic prescribing. Examples of measures and outcomes to be tracked will be identified and opportunities for improvement or percentage of all visits led to antibiotic prescriptions are discussed. 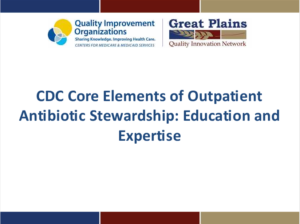 Part 5
CDC Core Elements of Outpatient Antibiotic Stewardship: Education and Expertise
Runtime: 15 Minutes
This video provides valuable educational resources and health literacy for clinicians, patients and caregivers to improve appropriate antibiotic use and potential adverse drug events. Education to each person involved in patient care can help improve the overall quality of care. A number of resources can be found online from the CDC. 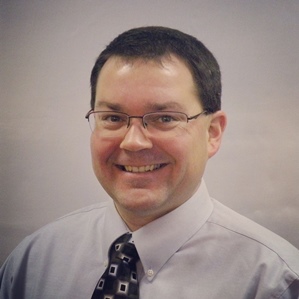 Our Vision: Through collaboration and partnership, we aspire to make healthcare in the Dakotas the best in the nation. We have partnered with committed nursing homes, community leaders and healthcare organizations to improve the care in our communities. Better together.