Meet Darleen Gangl; she and her husband, Brad, live in Bottineau, North Dakota. She is an avid vintage Barbie collector and enjoys researching her family tree. Darleen is also a two-time sepsis survivor. 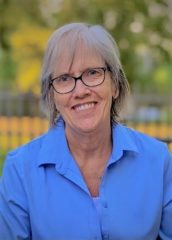 Thirteen years ago, Darleen was diagnosed with necrotizing autoimmune myopathy (NAM), which requires Infusions several days each month to keep the disease from progressing further. After conferring with her neurologist, Darleen opted for a surgically-implanted port to administer her medications. This is common practice for patients that receive infusions for an extended or unknown length of time.

Not once did anyone mention the port being a risk for infection.

In August 2021, while accessing her port on day one of her monthly infusions, the nurse used a needle that was too long and had trouble with insertion; placing a lot of pressure on Darleen’s shoulder as the needle punctured her skin. The nurse inserted and redacted the needle several times. Darleen went home, was really sore and the port site was painful.

Over the next few days, the port site started to get red and warm. Darleen went to her primary care provider to have it checked out. “They took blood cultures and x-rays, I was given an antibiotic and was feeling pretty miserable, but was sent home. I had a few repeat cultures over the next two weeks as the pain never went away.”

One night in early October the symptoms were so severe that Brad took Darleen to the ER thinking she may have COVID. “I was not 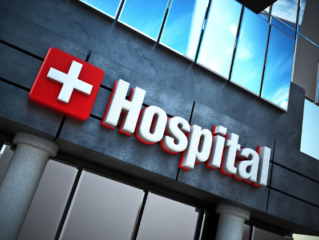 allowed a companion due to COVID protocol. At this point, I was in extreme pain. I had a fever, headache, body aches and I couldn’t sit still. I also struggled to speak clearly and was feeling very disoriented. The care team was asking me questions and my responses were not making sense. I know if my husband would have been with me, he would have been able to tell them there was something really wrong with me.” More blood cultures, a different antibiotic and a potassium infusion, then wait. “You have an infection in your blood.”

Darleen was admitted to the hospital in Bismarck for a nine-day stay, “Ironically, I was the first one to use the term ‘sepsis’. When I mentioned it, a nurse nodded to imply that I had gone septic. The care team was having difficulty identifying the infection source. I believe the antibiotic I had been given for upcoming dental work, although unrelated, was one of the reasons the sepsis was not detected initially.”

“Again, I am very grateful for my care team; they were wonderful. COVID presented challenges with staffing shortages and the need for travel nurses that were not hospital employees, which may have led to some inconsistencies in care coordination and communication. The nurse who had adjusted my port weeks earlier apologized to me for the mistakes made. This apology meant a lot, but caused me fear going forward and in determining whether I wanted a new port.“

In December 2021, Darleen had a new port implanted in the same spot as her original as advised by her care team. She had another reaction. “I ended up back in the hospital. I was again disoriented and alone as my husband was not allowed in the hospital with me. They gave me an antibiotic infusion. The team indicated the port was fine and not the source of infection, which was a mistake.”

Darleen met with the infection control team and then her testing expanded to include a brain scan, CAT scan and an MRI. She had heart checks and liver screenings. Her health was declining.

“The infection control team was puzzled. I was very sick. I mentioned something about the port again. The infectious disease doctor circled back and concluded the port was the issue. Apparently, a port site culture was requested, and that request was overridden at some point. It did not happen. I was scared at this point; really scared. It was bad enough with COVID;  I felt like I had nobody. It was hard. In addition, “everything I ate or drank tasted rotten and rancid. This lasted for seven months. I discovered this wasn’t uncommon for people that had an infection (COVID-19 or sepsis). I lost almost 25 pounds.”

Darleen finally had the second port removed and her health gradually improved. In May 2022, she was given a clean bill of health. For her muscular disorder, she is now back to getting infusions several days each month. She is scared to consider getting another port, due to infection risk, although it would greatly improve her quality of life.

“For the healthcare community, my ask would be to ensure protocols are in place to keep patients safe. I am scared to come back and have a procedure done again. I want to know that infection control practices are in place, like wearing gowns and gloves when treating patients. I know these standards are not always met and I am cautious.”

According to the Sepsis Alliance, only 65% of American adults have ever heard the word sepsis. With more than 270,000 lives lost per year, sepsis ranks as the third leading cause of death in the U.S. (after heart disease and cancer).

Darleen added, “The average person needs to know that infections are very serious. If you notice your body is warm or swollen in a spot, please have it checked out. Do not wait; time is of the essence. If you notice a red streak running up your arm or leg, pay attention. We often called that ‘blood poisoning’, but we need to be clear that this infection may be sepsis.”

We tell Darlene’s story to help educate individuals on the signs and symptoms of sepsis and to help raise awareness of the risk of infection. Like heart attacks and strokes, sepsis is a medical emergency and must be treated quickly and properly for survival. We can do better.

“My final take-away from my experience is that you need an advocate; someone who knows you well enough to ask questions and seek care on your behalf. If my husband would have been with me during these hospital stays, I know he would have spoken up and there would have been fewer mistakes made,” Darleen concluded.